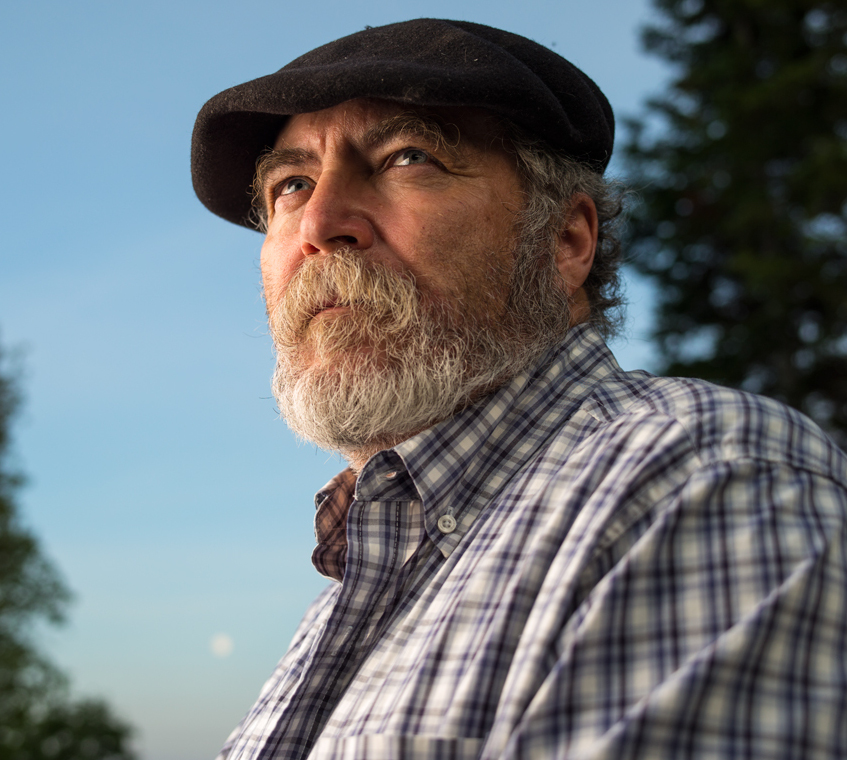 Charles is a documentarian and author living in Kedgwick with his wife Betty and surrounded by his children, grandchildren, and great-grandchildren.  He and his wife live in a cozy straw-bale cottage that they built with their own hands using materials from the land. They built intentionally to have the smallest possible impact on the earth.

Charles is an independent communicator known as having completed his first film at the age of 16 with the National Film Board of Canada. This unleashed in him a passion that has continued to drive him 44 years later. He understood since this time, the transformative power that movies as a medium for educating, informing, motivating, entertaining, and inspiring reflection toward our fellow man. Being perfectly bilingual, he spent his career simplifying complicated information. His nickname "popularizer" is one he proudly sports.

Charles considers himself a humanist and above all an environmentalist dedicating himself to the causes he holds dear. Several years ago he created, with Gilbert Sewell of the Pabineau First Nation, an important CD on the Mig'maw culture. This disclosed details of their language, local plants and their medicinal purposes, hunting methods, legends, and spiritual beliefs. This work had an enormous impact on how he goes about his life. Later, he published a work to put psychiatry into the common language describing the illness affecting his wife at the time. Over 7000 copies in French and English were distributed across the country. With hundreds of documentaries, publications and texts produced throughout his career, Charles's work culminated in a bilingual blog, isourforestreallyours.ca consisting of 28 video episodes exposing the disastrous exploitation of our Crown forests in NB and the detrimental impact of the Irvings' hold over our province.

In the last election during the fall of 2014, Charles ran as an independent candidate in Restigouche West and earned 18% of the vote. It is obvious to him that voters are looking for an alternative to the status quo. Inspired by the work of Green Party leader, David Coon, Charles is motivated to help the party grow its presence in the Legislative Assembly.

Charles recently published his first book, Mary of the Woods. His story is in hopes to bring some way to light the power of Mother Nature, the perversity caused by the greed of man and the essential power of survival engendered by the matriarchal spirit of women.