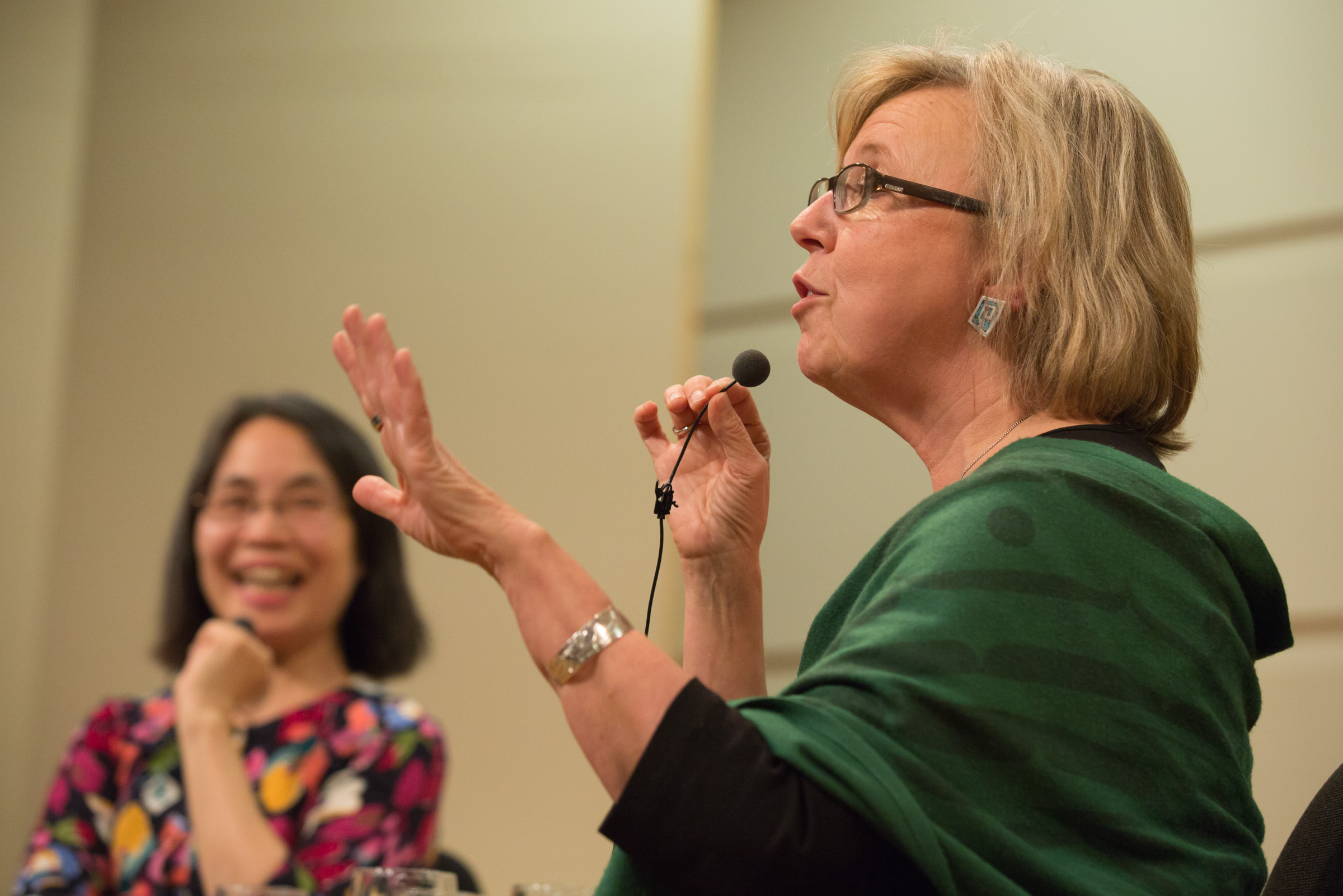 Federal Green Party Leader Elizabeth May held nothing back when she began talking about Bill C-51, and the political leader pushing it on the country.


In a question and answer event Tuesday at St. Thomas University Kinsella Auditorium, May said the recent Bill C-51 is unconstitutional, and that the Harper Government should be held to task for it.

"C-51 is an omnibus bill, that pretends to be a bill about being against terrorism. It pretends Harper's rhetoric is heated, or we will become overrun with jihadists," said May.

Bill C-51 has five parts that address a range of different laws. One part addresses a change in surveillance laws that allow more extensive intelligence gathering and another addresses hate speech specifically concerning the glorification of terrorism online. A "no fly list" part has had a new provision added to it which has caused some backlash, although not as much as the information sharing provisions has caused.

"People who think so little of their rights and freedoms, who care so little about democracy, they think only people who are doing something wrong need to worry about this act," said May.

While May is concerned about the bill, she told the crowd that it wouldn't necessarily pass, because the Liberals would vote with the Greens and NDP. At that point, May said she might be able to convince some Conservative backbenchers to take a risk and vote no. May said the Liberal Party would otherwise vote yes, because Trudeau doesn't want to be seen as "soft on terrorism".

"I think protecting our rights and liberties and freedoms is fundamental, but it's not a tradeoff between being safer, and having freedom. It's actually the case that we already have a ton of quite intrusive laws to deal with terrorists," said May.

May said that after 9/11, Canada already had preventative arrests, widespread wiretapping surveillance, and no fly lists, and the current five part anti-terrorism bill was unnecessary.

"So C-51 is a propaganda tool for the next election campaign based on making us so scared out of our wits that we'll want to go run to a closet and hide with Harper," May said.

Bill C 51 will be read in committee on March 31. The deadline for the third reading must be before Easter.

She said changes to criminal justice in Canada, as well as immigration and refugee policy has been transformative, and can all be laid at the feet of the Harper Government's Tough on Crime agenda. May urged the lecture hall to vote and make a change to the current system.

"This is the end of the Harper era. He is toast. He is gone. We shouldn't be still afraid," said May.