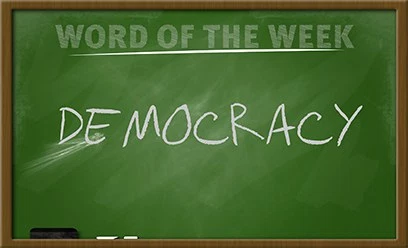 Last week, the Premier’s office arranged to have the swearing-in ceremonies for the two new cabinet members to be held in their ridings. The Lieutenant Governor and the Clerk of the Executive Council had to travel to St. Stephen and Miramichi to perform a ceremony that has always been held at the Legislative Assembly. The political maneuvering of this government knows no bounds.

Much has been said about the government crossing the line between the responsibilities of the Executive Branch (Premier and cabinet) and those of the Judicial Branch with the bill to amend the Judicature Act. This is the bill that would give the Minister of Justice a veto over the Chief Justice’s decision about where judges reside. I believe this to be interference with the administrative independence of the Chief Justice and therefore unconstitutional. I spoke extensively about this in the Legislature and made a rarely used reasoned amendment at Third Reading in an attempt to prevent it from going forward.

What has received much less attention is how the government has been crossing the line between the responsibilities of the Executive Branch and the Legislative Branch of government. This has been a problem that has grown over consecutive governments as both Tories and Liberals have usurped power from the Legislative Assembly. However, it has reached new heights with the current Premier.

Unlike other Legislatures and the federal parliament, we have no legislative calendar. The government holds the power to adjourn and resume sittings as it sees fit. As a result, we have sat for half the typical number of days. In fact, you would have to go back 47 years to find a Legislative Assembly that sat for such a limited time, and that was an election year. Not only, does that mean fewer question periods, but far fewer days to debate and consider private members’ bills. I introduced four bills and only had time to bring two of them forward to Second Reading. It also means far fewer days for debatable motions initiated by either of the opposition parties. I have a motion to establish a job description for MLAs, which will not get debated. It also means far fewer opportunities for citizens to have petitions tabled in the Legislature. And it has stretched out debates on government bill over months, with long breaks in between, reducing the public interest in the bills before the Legislature.

One of the jobs of MLAs is to serve as watchdogs over government spending through the Standing Committees on Public Accounts and Crown Corporations. I am a member of both, and the government has refused to allow these committees to do their work this year. In the first two years of the governments of Shawn Graham and David Alward, the Public Accounts Committee met 32 times to examine the books of government departments. In the first two years of Brian Gallant’s government, we have met just 7 times.

The Legislative Assembly in our system of Westminster democracy is supposed to provide the checks and balances over the power exercised by the Premier and cabinet. This is impossible, when the Legislative Assembly and its committees sit so rarely. It is also compromised by the fear of MLAs on the government side to take positions contrary to those of the Premier or vote differently than they are told.

As a society, we are in deep trouble when governments treat the representative assembly at best, as a mere formality - a matter of jumping through procedural hoops - and at worst, regard it as an impediment to carrying out their agenda. We do not elect governments, we elect representative assemblies from which governments are formed. I will continue to do my best to champion a return to this basic tenant of democracy in New Brunswick.