We have been talking about the upcoming by-elections since the fall and finally we have the exciting news you have been waiting for!

We are thrilled to announce that Chad Duplessie is running to be the 4th Green MLA elected to the New Brunswick Legislature. 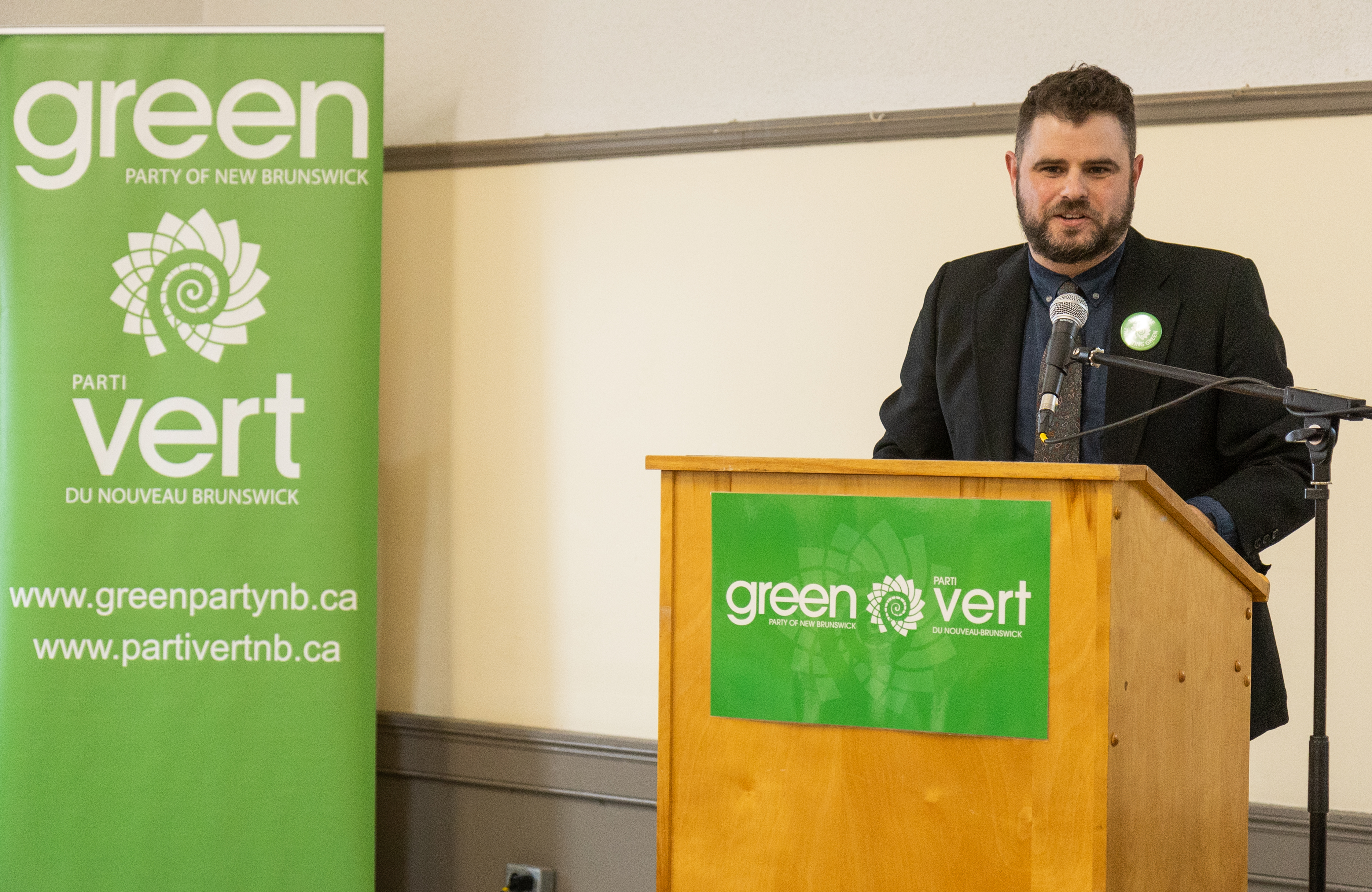 Chad Duplessie has spent his career pouring his energy and passion into community-building, youth engagement, and food security in the Miramichi area.

Twice elected Miramichi City Councillor, Chad is most proud of the work done to recognize and partner with the neighbouring First Nation communities and the city’s commitment to renewing and developing the City’s public parks.

The by-election is coming up soon!  Voting day is June 20th, 2022.  And we have a real shot of sending a fourth Green MLA to the Legislature.  But we need all hands on deck.

No matter where you live in the province there will be lots of opportunities to lend a hand, meet fellow Greens and gain valuable skills that will serve your local candidate in the next election.

I want to help Chad!

It's no secret that election campaigns cost money - from election signs to radio ads and everything in between.  If you are able to make a donation at this time, from $5 - $3000, it all adds up.

Get to know Chad and follow along with his campaign by following his Facebook page.  Liking, sharing, and commenting on his posts is the EASIEST way you can directly support his campaign, from anywhere!

We hope you are as excited as we are.  We will be in touch over the coming weeks with more opportunities to get involved with this campaign.