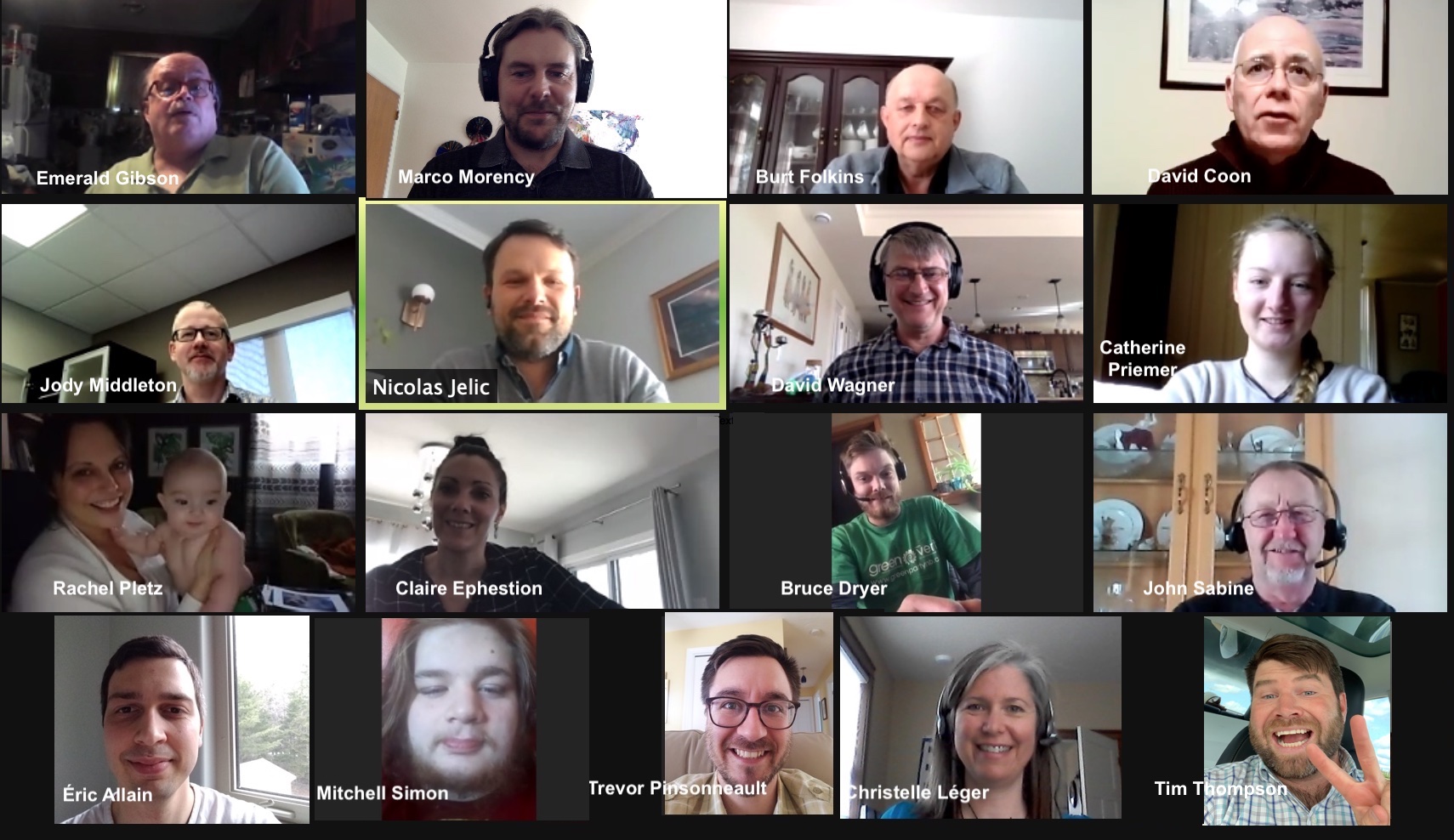 More than 70 members gathered (virtually) on March 20 for our successful 2021 AGM. This was our second AGM held online during the pandemic, and we learned from last year’s feedback. This year we had more member engagement and scheduled time for policy resolutions.

More than 90% of participants who responded to this year's feedback survey agreed that attending the event worthwhile and, of those, 62% strongly agreed. The survey revealed that members attending were most interested in the presentations by the Party leader, president, executive director and treasurer. Their reports to members underlined the positive growth of the Party through increased membership and increased votes during the 2020 election that resulted in decisive wins for all three incumbent Green MLAs as well as 18 second place finishes.

Thank you to everyone who participated in this year’s AGM! We look forward to making the next AGM even better by using your suggestions for improvement. Fingers crossed that next year’s event will be in-person.

March was a busy time for our Green MLAs with the provincial budget and many other issues of concern to all New Brunswickers. Click on the headlines below for information:

Statement from the Green Party Leader on International Women’s Day

Green Caucus weighs in on first day of health review

Videos of the budget speeches and other interventions in the Legislature by David, Kevin and Megan are on the Green Caucus Youtube channel, here. Among the dozens of videos posted for the month of March are:

The Green Party is looking for volunteers for the following roles

Contact the Green Party office (506-447-8499 or [email protected]) to discuss these opportunities.

As a condition of membership, all Party members agree to the six Green Party principles. This month we feature the principle of local autonomy:

Green Party news from around the world

The Green Party of New Brunswick is part of a global Green movement of people who share common values and political goals. This month we bring you positive news from Greens in Baden-Württemberg, in Germany. On March 15, the Greens received almost 33% of the vote and will continue to lead a coalition government in that province of more than 11 million people.

The members of the Legislative Assembly will return on May 11. If you would like to receive weekly updates of the activities of Green MLAs when the Legislature is in session, subscribe to the e-bulletin, Legislative Week in Review, here.

Through the pandemic, Green MLAs continue to serve the needs of their constituents. Here is the link to the hours and contact details for the constituency offices of David, Megan and Kevin: greencaucusvert.ca/contact-us.