The Promise of Paris 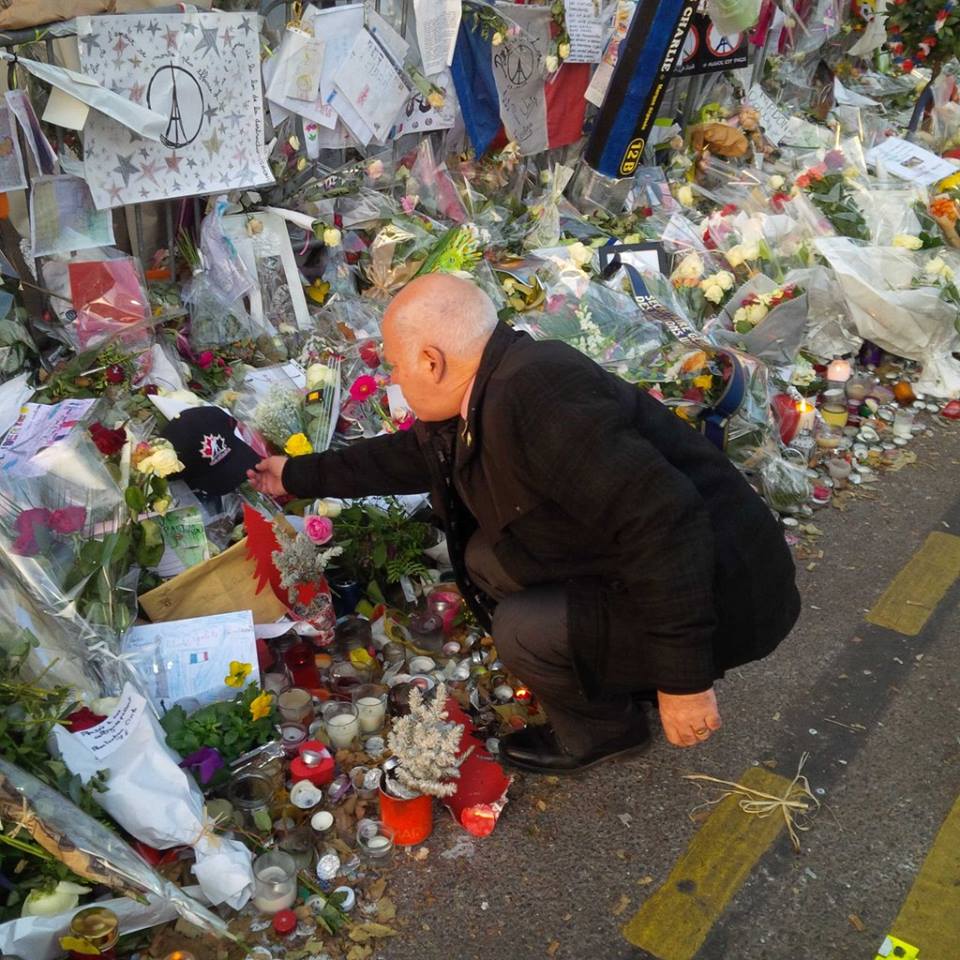 On the second day of Hannukkha, in the second week of Advent I stood before a sea of flowers outside the Bataclan Theatre in Paris, the site of the worst of the terrible attacks of November 13. I was there to pay my respects to those who had lost their lives, and to show solidarity with the people of Paris, as a New Brunswicker and a Canadian.

In front of me, resting on the knee deep layer of wilting flowers, was a large bouquet placed by the Secretary General of the United Nations Ban Ki-moon. Beside the bouquet I carefully placed a Team Canada cap.

The world had come to Paris to forge an historic agreement to limit the growing upheaval in our climate and oceans. The human family had gathered in the tens of thousands with the hope of avoiding an inhospitable future, stamping out the fear the attackers had intended to spread. There was a sense of expectation in the city. A turning point was at hand for the entire world.

As a member of the New Brunswick contingent on the Canadian delegation I was part of a determined effort by Prime Minister Trudeau to signal to the world that Canada was back. And we were. Canadian Premiers were highly visible at the sprawling conference site at Le Bourget, the airport that hosts the famous Paris Air Show. Canada’s Environment and Climate Minister Catherine McKenna was at the centre of negotiations, earning the respect of national delegations from around the world.

Federal Green Party Leader Elizabeth May, as the only Canadian parliamentarian to have attended all of the United Nations’ sponsored climate change negotiations since the original treaty was signed in 1992, brought her experience and expertise to share with the Canadian negotiating team.

Ten years had passed since I had attended the UN Climate negotiations in Montreal. The difference was extraordinary. Delegation representatives from countries as diverse as China and Sweden described their goal of getting off fossil fuels in the coming decades. Our own Prime Minister, in his speech at the opening of COP 21 said he was determined to build a low carbon economy in Canada. The determination to forge a meaningful agreement in Paris was palpable. Delegates moved from session to session with a profound sense of purpose.

In the end, the world agreed to limit warming of our world to less than 2 degrees on average, with an aspirational limit of 1.5 degrees C. To achieve the Paris agreement, we will necessarily curtail our use of fossil fuels – the scale of which has created the glut of carbon in our atmosphere that threatens to make the much of the world inhospitable and some of the world uninhabitable.

Here’s the rub. We cannot possibly make the transition to a low carbon economy while continuing to increase the production and consumption of fossil fuels. In fact, at least two thirds of the known reserves of oil, coal and gas will have to be left in the ground. These natural resources can no longer be responsibly developed. Building new infrastructure, such as the Energy East pipeline or shale gas wellfields, to draw more carbon from beneath the earth to be released into our atmosphere is not on. As the economist Herman Daly says, it would represent growth that is uneconomic.

I understand the challenge this poses to traditional political leaders. Oil fuels society, and its extraction and processing, along with gas and coal, have created great wealth. Those who have reaped the benefits loom large in opposition to measures that will necessarily shrink their markets. In part, it is why it has taken 23 years to reach the Paris agreement since world leaders first entered into the 1992 treaty to halt climate change.

Shifting away from excessive energy consumption and substituting renewable energy sources will be transformative. Eschewing the money to be made from producing more oil and gas and bringing it to market is counter-intuitive. But that is where the hope for our future as a human family lies. And for our region of the world, it will bring much needed change.

Maritime economies have been chronically challenged since capital and manufacturing were siphoned away to central Canada after confederation, not coincidentally during the time of Canada’s first oil boom in southwestern Ontario. Blessed with abundant renewable resources, our fortunes will finally shift, if the Maritime provinces, in partnership with Ottawa, cooperate to establish the first truly low carbon society in North America. It is a project that could unite us in a common purpose and give young people a reason, not only to stay, but to move here to join us in building the new economy.