A number of New Brunswick farmers are leaving their fields and heading to the legislature today to support Green Party Leader David Coon's proposed Local Food Security Act, which is expected to be debated and voted on. 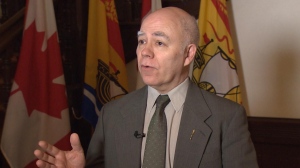 The bill would see the provincial government give preference to local food providers to supply food for nursing homes, schools and hospitals

It would also include better labelling for local food and bring healthy food education to schools.

Kevin Arseneau, who runs a farm in Pleasant Ridge near Rogersville and is the youth president for the National Farmers Union in New Brunswick, says there is more of a demand for local products.

"It's important for the consumers also, [who] are asking more and more, they want local produce that comes from where they can go see it, where they can even feel it, touch it, you know, like people like coming to the farm and seeing where their food comes from," he said.

Arseneau contends the legislation is overdue.

He says the bill would mean more production and more revenue for producers. 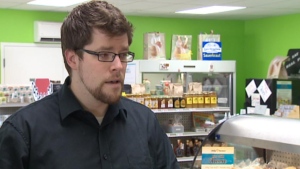 He said he supports the bill.

"When it comes to procurement and tendering and supply to consider — to write in that somebody from a local small business, or a producer can actually compete on those tenders, even if they have a slightly higher price," he said.

But Lawrence says he's not deterred.

"Even if it declines or if it passes, either way there's going to be a lot more public input, discussion, planning, probably other legislative measures to change a system to work for the long term," he said.